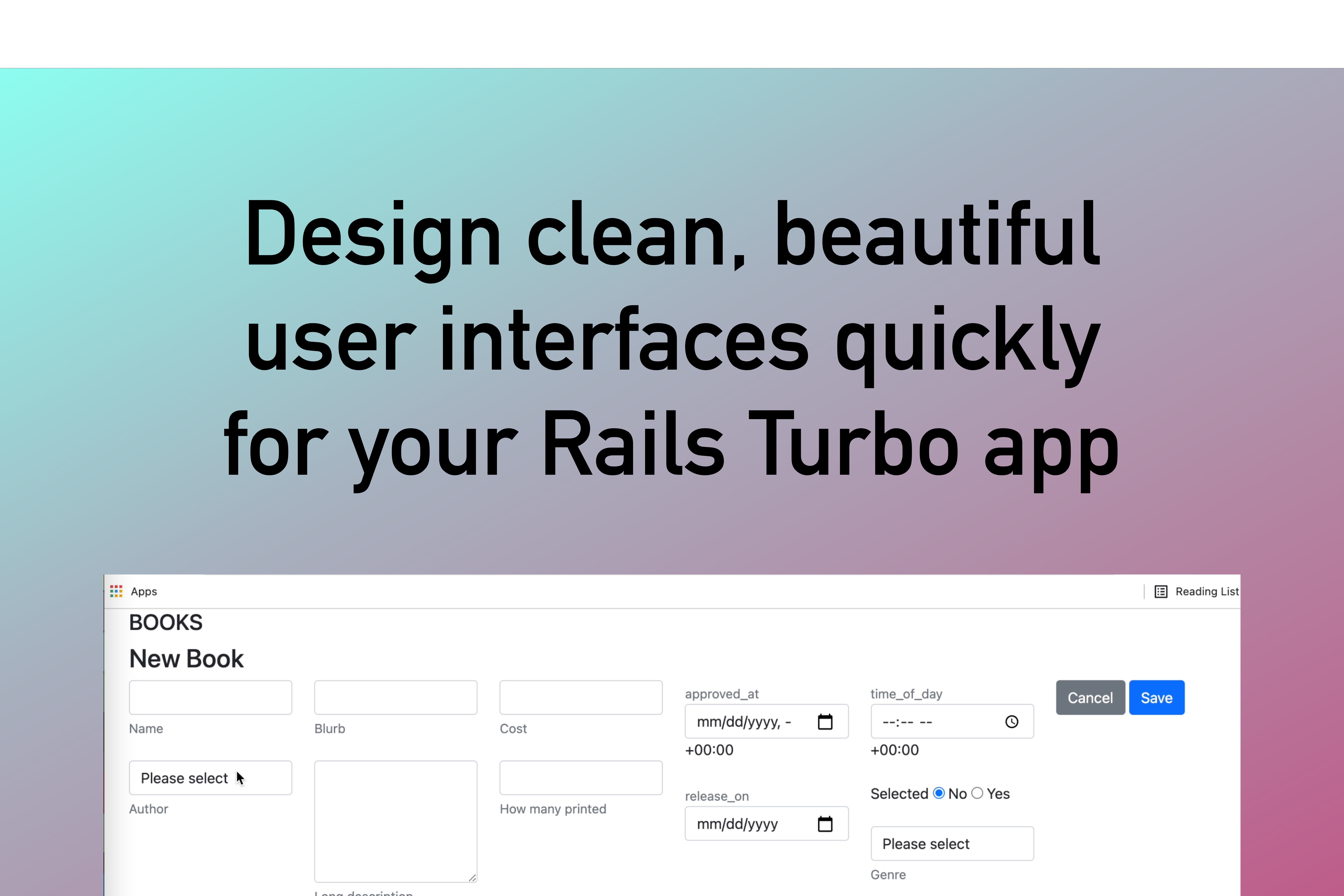 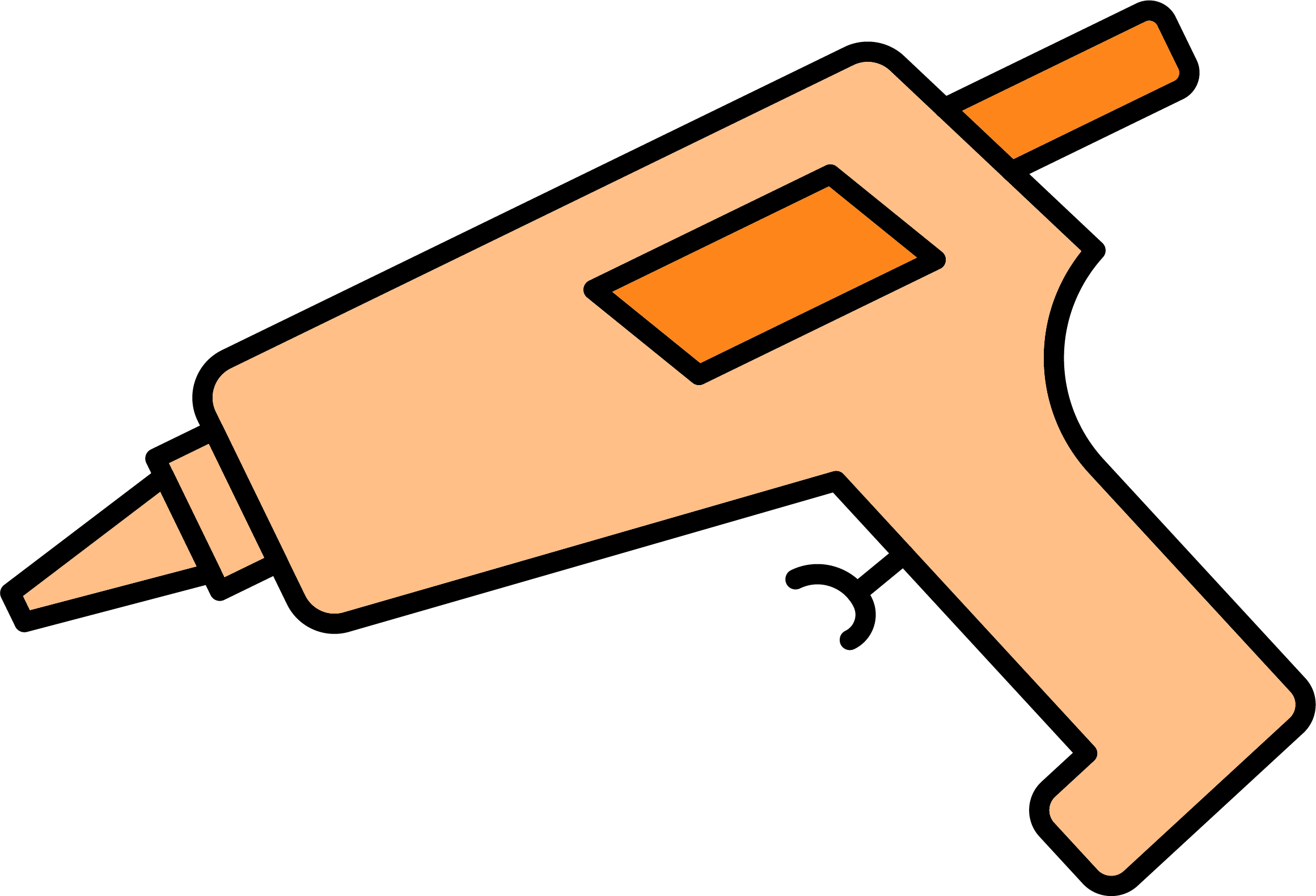 Turbo-Rails is a bold new vision for Ruby on Rails™.

It is based on an old concept from the early days of computing — dating back to the 1970s. The concept is called “dumb terminals” and it means that the computer screen you use is for display only. In the ‘dumb terminal’ world, the majority of the computing will happen in the cloud.

For Turbo Rails apps, that means we'll render the HTML on the server, not in the client. When the client & server talk to one another, the server will send "HTML over the wire" (Hotwire) to change out parts of our page.

That's all part of Rails 7. Hot Glue is a tool you can use to build Turbo Rails 7 code very quickly and easily.

Unlike other scaffolding, once built, the code lives in your app and does not depend on Hot Glue. It is yours and you are free to customize it as you need.

Jump-starting your Rails development with the Devise Gem means the daunting task of authentication is already taken care of for you.

Even if you implement your own authentication or pick from the many good authentication gems available, Hot Glue provides a sophisticated access control model for building secure and performant UIs around your existing code. 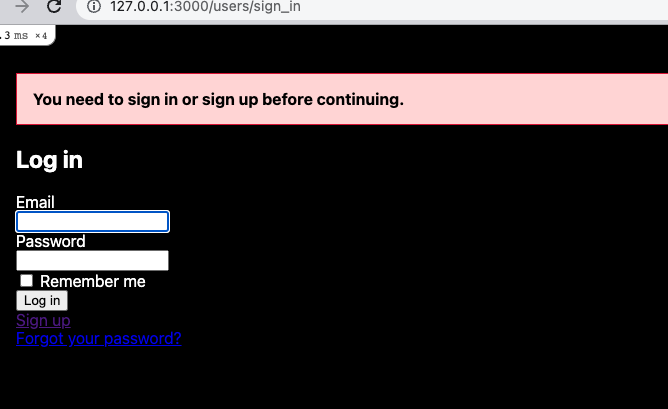 How frustrating are web interfaces that have clunky slow page reloads? How about non-intuitive errors that prevent entire flows from completing?

Rails Turbo and Hot Glue can make these problems a thing of the past. 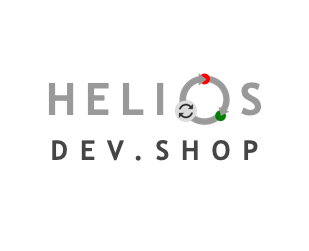 All plans include support. If interested, please open a new browser window and point it to heliosdev.shop/hot-glue

Build an admin UI based on your existing Rails database design and object graph.

Your admin interfaces are highly customizable, and come prebuilt with List + CRUD views.

Hot Glue even picks up on your foreign keys and displays related records as a drop-down choice shown by their assigned label.﻿

You heard Ruby on Rails was a great way to start your project. You heard that you could move fast and get lots out of the box with very little upfront cost.

That's all true about Rails on its own, but Hot Glue with Turbo Rails is like all the best of Rails scaffolding on steroids. Benefit today from the 17 years of conceptual compression in Ruby on Rails.

Turbo Rails can help you produce an effective single-page app. Although the Turbo Rails paradigm is light on Javascript (mostly the HTML is rendered on the server), the user interactions can all happen without page reloads. This incredibly slick experience makes everything built with Turbo Rails feel natural, smooth, and like it "just works."

These Turbo apps operate at the same speed or faster than traditional single-page apps. This major step forward has reestablished Rails' place in the food chain of tech stacks available today.

While siloed Javascript development may be popular at large Big Tech companies, even in 2022 the most successful apps and the disruptors on the internet still start their new apps in Ruby on Rails.

React JS is great for many things, but what they don't tell you is that small, simple steps take a LOT of work.

What the React JS world also doesn't tell you is how much work it takes to maintain application state in two separate apps (the frontend and the backend).

After 7 years of doing post-mortems on failed React projects, the situation is clear: the React JS paradigm — championed by Facebook and other Big Tech companies — primarily serves to keep the existing tech monopolies in power and prevent newcomers from disrupting the industry.

React also necessitates a high amount of upfront technical lock-in, which makes it harder to change your mind about your functionality, field names, and/or data tables later. Having the freedom to add and rename fields and tables is absolutely essential in the critical first, second, and third years of your new software project or start-up.

If you fail to achieve significant velocity within this timeframe, you will likely not survive to the next phase of your company's growth.

Choosing the right tools upfront can literally make or break a start-up.

Some of the most successful apps on the internet have been built using Ruby on Rails.

Hot Glue is specifically designed to guide new Rails developers towards best practices. By working through the tutorial, you'll get an understanding of the missing parts of the Rails guides.

You'll learn how to correctly architect your app, how to work with the new Turbo Rails paradigm in Rails 7, where to put what, and how to avoid pitfalls of Rails development.

Get the tutorial to level up your Rails development today. 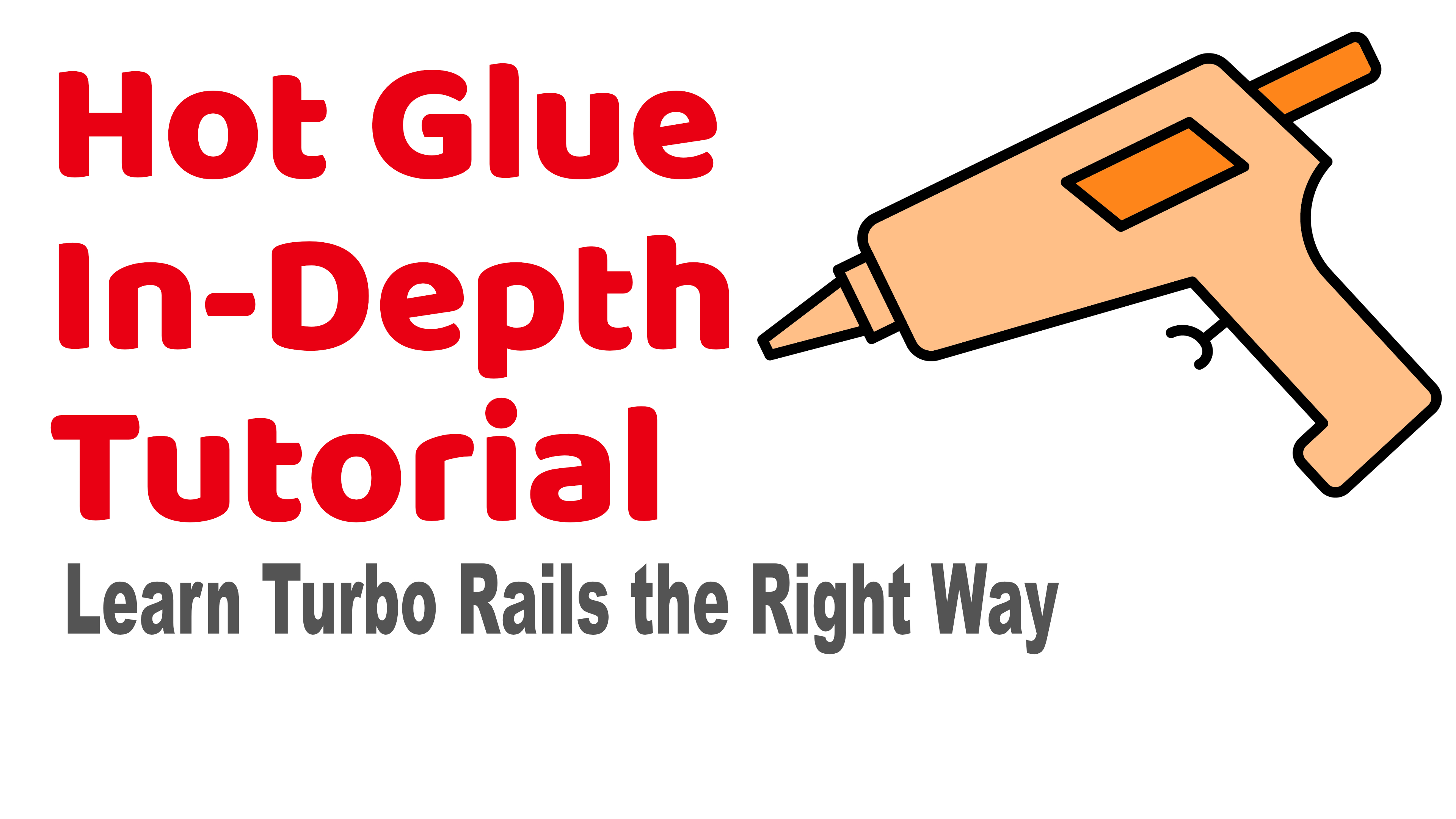 "Ruby on Rails" and "Rails" are registered trademarks of David Heinemeier Hansson.

Neither DHH, the Rails core team, nor Facebook is affiliated with Hot Glue. No endorsement or affiliation is implied.